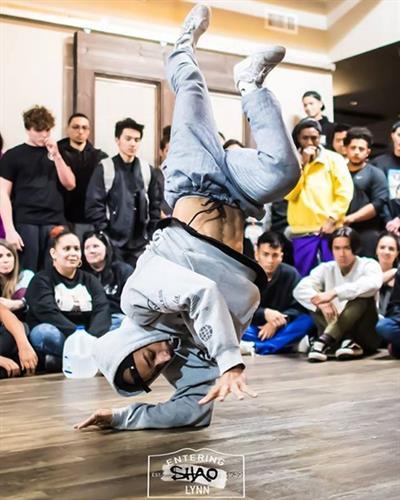 Taylor Travassos-Lomba began dancing in 2007 alongside his crew, Swift Charakterz, based in Rhode Island and Southcoast Massachusetts. Known by his bboy name "RTHYM", Taylor is a top-level competitor in New England dance battle scene and has been invited to compete, judge, and speak at numerous events in the breakin' community. He also produces original dance music, hosts practices, and organizes local events in the cities near his hometown. Taylor has been teaching dance in various settings for over a decade and holds a Bachelor's degree in Economics and Philosophy from Brown University. He began teaching undergraduate courses in 2015 and was recently featured as a guest speaker at TEDxTufts 2019: Mosaic in Motion. Taylor started teaching at Tufts in Fall of 2019 and also teaches courses at Bridgewater State University and College of the Holy Cross.