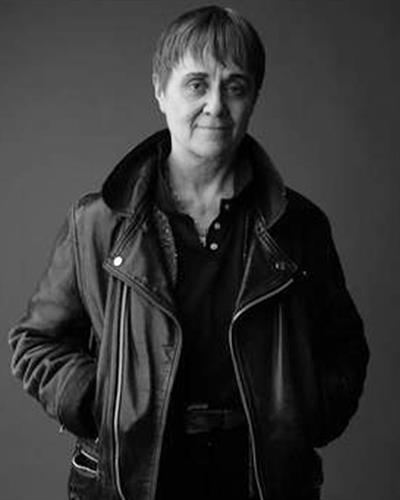 Since the mid-1980's, Sheriden has directed professionally for the Shakespeare Festival of Dallas, Mother Jones in Chicago, Company Theatre in Los Angeles and Manhattan Class, WOW Cafe and Women in Theatre in New York City.
She is a founding member of Women in Theatre in Los Angeles. Prior to coming to Tufts, she directed and taught acting at Cornell and Southern Methodist University.
At Tufts, she has directed A Piece of My Heart, Hay Fever, Hedda Gabler, The School for Scandal, Rosencrantz & Guildenstern Are Dead, The Importance of Being Earnest, Measure for Measure, OR, Venus in Fur, Lysistrata and Much Ado About Nothing. She directed a remarkable entertaining video adaptation of Gogol's The Government Inspector which was released Spring 2021.
Since arriving in the Boston area, Sheriden has directed plays and readings of plays for Another Country, Queer Soup Productions, and Boston Playwrights' Theatre. She has developed and performed a one-woman show/reading of Virginia Woolf's A Room of One's Own. Sheriden also worked to bring Susan Corso's PeaceWomen on the twelve women Nobel Peace Prize laureates to various stages in the Boston area.

Sheriden has studied The Viewpoints & Composition with SITI Company in Los Angeles. She has studied with Christopher Bayes in NYC for over several years and has taken his and Virginia Scott's five-week Clown and Commedia Intensive. Sheriden has studied with International Nose to Nose's Vivian Gladwell, completing their three consecutive five-day workshops in Social Clown. She studied with Leqoc Master Teacher, Norman Taylor in Movement Studio Theatre's four-week summer residency. In the summer of 2018, she studied Mask at The North American Laboratory for the Performing Arts with Jonathan Becker. In 2019 Sheriden completed a Clown and Commedia intensive again in a four-week residency, this time at the Accademia Dell' Arte, in Arezzo, Italy. During our COVID summer 2020, she took five courses of Movement Studio Theatre's online offerings; Physical Comedy I & II with Virginia Scott, Bouffon with Eric Davis, Mask Making/Play with Richard Crawford and Ensemble Directing with Emmanuelle Delpech. This fall Sheriden will do a Physical Comedy – Clown residency with Virginia Scott at Central New York's Stage for New and Explorative Art. She was cast as Grandma Violet in Tiffany Paulson's "About Fate" film with Emma Roberts and Cheryl Hines.
Read More Career Highlights / Publications Professional Activities Courses / Teaching Activities