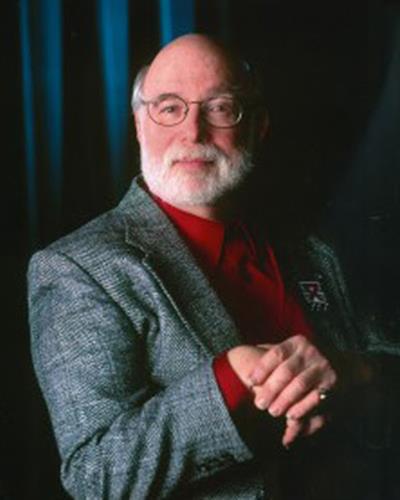 Laurence Senelick is Fletcher Professor of Oratory Emeritus. He holds a Ph.D. from Harvard. His expertise is in Russian theatre and drama, history of popular entertainment, gender and performance, visual studies, history of directing, classical theory. Prof. Senelick is the author or editor of more than twenty-five books, the most recent being Soviet Theatre: A Documentary History; Stanislavsky: A Life in Letters; The American Stage: Writing on the American Theatre (Library of America) and A Historical Dictionary of Russian Theatre. Others books include: The Chekhov Theatre: A Century of the Plays in Performance and The Changing Room: Sex, Drag, and Theatre, as well as over a hundred articles in learned journals. He is a former Fellow of the John Simon Guggenheim Foundation and the Institute for Advanced Studies in Berlin. Prof. Senelick was named Fellow of the American Academy of Arts and Sciences in 2011.

Prof. Senelick has been named a Distinguished Scholar by both the American Society of Theatre Research and the Faculty Research Awards Council of Tufts University. He is the recipient of grants and awards from, among others, the National Endowment for the Humanities, the John Simon Guggenheim Foundation, and the American Council of Learned Societies. He has received the Barnard Hewitt Award of the American Society for Theatre Research for The Chekhov Theatre; the George Freedley Award of the Theatre Library Association for The Age and Stage of George L. Fox and The Changing Room; and the George Jean Nathan Award for best dramatic criticism of 2000. He holds the St. George medal of the Russian Ministry of Culture for services to Russian art and scholarship, and is honorary curator of Russian theatre at the Harvard Theatre Collection. He was also awarded a stipend from the TranScript/Mikhail Prokhorov Fund for Translation from the Russian. In 2008 he won the Graduate Teaching award (doctoral level) of the Northeastern Association of Graduate Schools and in 2012 the Betty Jean Jones Prize of American Theatre and Drama Society for Distinguished Teaching. He has been elected a Fellow of the College of American Theatre and made a member for life of the Association for American Drama and Theatre.

He is a widely produced translator of plays from such authors as Chekhov, Giraudoux, and Feydeau, and director at Tufts of his own translations of The Inspector General, The Bakkhai, and Anything to Declare? He has acted and directed with such organizations as the Poets' Theatre, the Loeb Drama Center, the Boston Lyric Opera, Boston Baroque, the Actors Theatre of Louisville, and the revue The Proposition. He recently devised new courses on Cabaret, Theatre and Visual Studies, and Low Comedy and played Beckett's Krapp's Last Tape at the Balch Arena Theatre. His recipes appear in the Bon Appetit cookbooks. His latest publications are Jacques Offenbach and the Making of Modern Culture and a translation of Georges Feydeau's one-act play cycle From Marriage to Divorce.