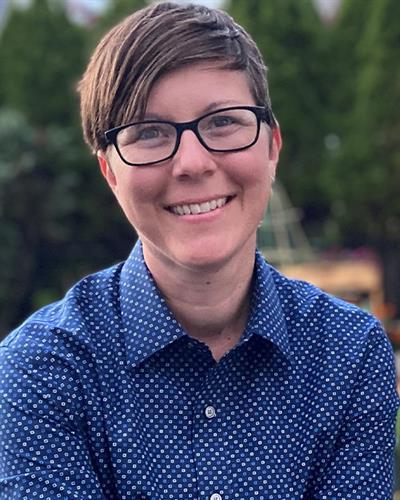 Jo Williams received her M.F.A. in Production Management from Boston University and her B.A. in Theatre/Speech from Northwestern College. She has been a production manager for the Department of Theatre, Dance, and Performance Studies at Tufts University since 2013.

Williams has managed a wide variety of productions for both children's and adult theatre, including Over the Rainbow, Twelfth Night, Rent, Miss Saigon, The Velveteen Rabbit, and James and the Giant Peach, to name a few. Other credits include associate producer for Finish Line: A Documentary Play about the 2013 Boston Marathon, production manager for Tennessee Williams Theater Festival (2015 to 2017), and production manager for Commonwealth Shakespeare Company (2014-2015). She is the production manager for Moonbox Productions and the program manager for Creative Arts summer program at Tufts University. She has also worked with Boston Opera Collaborative, Boston Children's Theatre, Bridge Repertory Theater Company and Boston University.

Williams has extensive experience as an Equity Stage Manager and has worked on productions for the New Repertory Theatre, Noble Fool Theatricals in Chicago, Northwestern University, and Chicago Opera Theatre. She has also managed many private events for corporations and nonprofit organizations such as Harvard University, SHIRE pharmaceuticals, and WBUR.
Read More Career Highlights / Publications Professional Activities Courses / Teaching Activities