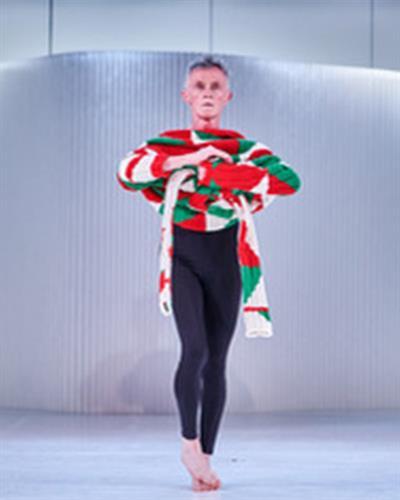 A dance-maker, teacher, mentor, and dance curator, Daniel McCusker is a Senior Lecturer in the Department of Theatre, Drama, and Performance Studies at Tufts University. In 2019 he performed in the Merce Cunningham Centennial Project, Night of 100 Solos, in Los Angeles. The Centennial Project led to performances of the Cunningham solos at the Akron Museum of Art, the Spiegeltent at Bard, and the Guggenheim Museum in New York.

Projects of the last few years include publication of "Start Here" in the January 2020 edition of PAJ, a part of artist visual artist Katarina Weslien's project, Walks of Compassion; participation in a Dancing Lab, focused on dance and technology, at the National Center for Choreography, Akron, 2019; making a duet for performances by the Christopher Watkins Dance Company, in Minneapolis, April 2018; rehearsal directing the Boston Conservatory performances of Merce Cunningham's How to Pass, Kick, Fall and Run, 2017; movement work for a production of Sarah Ruhl's Orlando, directed by Natalya Balydga, for Opera House Arts in Stonington ME, and performances of his dance Hey! at the ICA/Boston, 2016. In 2015/16, he served as the project manager and rehearsal director for the Boston Conservatory's Cunningham Project, at the ICA/Boston, in conjunction with the Black Mountain College exhibit, Leap Before You Look.

McCusker has taught internationally in Canada, Singapore and France as well as at several American dance festivals and he has been a guest artist in many university dance and art programs. In addition to making his own work, he performed in the work of many of his contemporaries, in New York in the 70s and 80s, and in Portland ME in the 90s. He danced with the Lucinda Childs Dance Company, 1977-1983, 1990-91, on tour in the US and Western Europe. For seven years he directed Ram Island Dance, a community dance organization, in Portland ME, with a company that toured throughout New England, classes for children and adults, and a small presenting program. For several years he served as the co-director of the Young Dancers Program for Summer Stages Dance and served as a mentor to several Summer Stages Choreography Fellows. He moved to Boston in the mid-90s and, for fifteen years, taught open modern classes to adults and teens, at the Dance Complex, and presented his own work locally and in New England.